Pivotless frame is returned to the normal twin tube + double-sided swing arm, and
seat railless is being tested. Electric cords and sensors are laid around the car body, and
it can be seen that electronic control is progressing more than before.

This is a personal subjectivity, but the twin-axis V-twin NSR250 has
a carbon fiber heat insulating cover wrapped around the chamber
, as you would think in the all-Japan satellite system. From the fact that there are no battlefields left, I
feel that it was a bike that chose riders / mechanics quite severely.

Works original frame, swing arm. Front and rear special suspension made by SHOWA.
Radial fix brake.
The shape of the works special carburetor, the electrical system ram air duct is also different, etc. It
seems to be a special machine that is completely different from the commercial type. 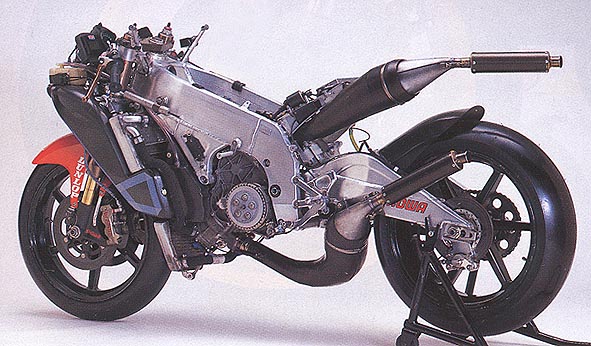 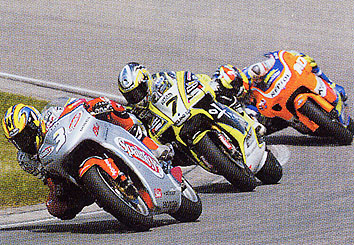