This machine was created in collaboration with
“RTK (Racing Team Katayama)”, a team of Mr. Takazumi Katayama, a Stefan Mertens car who participated in the Japanese Grand Prix in 1987,
and the British constructor “Armstrong”.
It is said that the name SEKITOBA (Red Hare / Sekitoba) is taken from “Sangokushi”.

Although it is a rough image, the chassis is a carbon fiber twin tube frame made of “Armstrong” like this .
The “Honda NSR250” Works engine is mounted on the frame that was equipped with the “Rotax” tandem twin engine until the previous year .

This is the 1986
engine of Osamu Hiwatari who participated in the All Japan match is “Honda RS250R”. The Works “Honda NSR250” engine is mounted on
a curved twin tube frame similar to the latter model of the chassis “Honda CBR250R” of Alan Carter cars.

The rear suspension is a laydown type twin shock that was preferred by “Moriwaki Engineering” at that time .

Choujun Kameya was ranked 3rd in the 2003 All Japan GP250 ranking
, and Takumi Takahashi became the All Japan GP250 champion in 2008.
Mr. Katsuyoshi Kozono, the team director, visited this site by himself, so I
personally supported him. 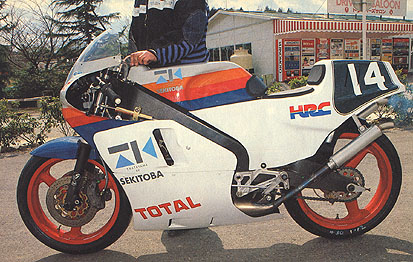 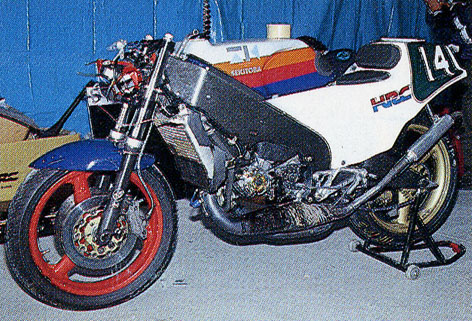 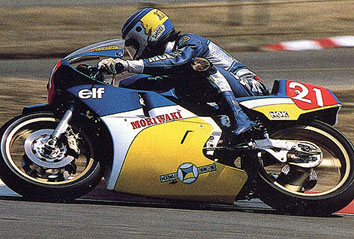 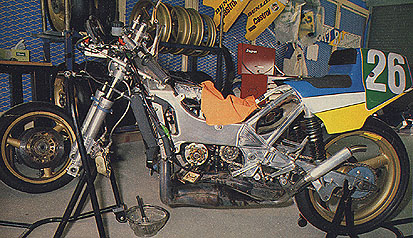 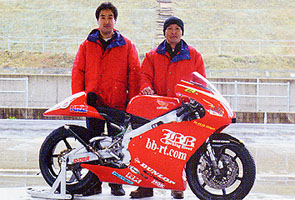